“3-minute Reads” are mini-essays and close readings of a variety of texts. Subject choice is eclectic, and based entirely on whatever I happen to be reading or watching at the time. Enjoy!

It isn’t quite “a dark and stormy night” just yet, but it has been raining all day and the wind is howling outside. In other words, it feels like the perfect time to share one of my favourite ghost stories that I came across while researching my undead-themed PhD thesis. Don’t expect too much in terms of in-depth analysis; this is all about the spooky thrills…! *insert thunder-clap here*

The Gast of Gy

On the 8th November 1323, in the French town of Alés, a man died. Eight days after his death, he came back…

His widow began to hear strange noises in the dark: creaking chairs, mysterious knockings, and a disembodied voice calling out to her:

he did hir dole both day and night,
bot of him might scho have no sight;
and in hir chamber oft might sho here
mikil noyse and hidos bere.

The widow was terrified: she recognised the voice as that of her late husband, but did not know whether the spirit was a malevolent Gy, or a demonic trick. It lacked visible form, but the voice seemed to gravitate to that bailiwick of physical intimacy, the marital bed wherein she and her husband once lay.
The horrifying presence grew stronger every day. The widow knew that she had to seek help. So: who you gonna call? 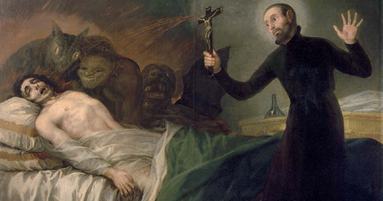 The local Dominican prior, of course! A trained exorcist, he arrived at the house to draw out Gy’s ghost by reciting scripture in the bedroom. A cautious man, though, he came armed with considerably more than just his Bible: he also brought with him a crack ghost-busting team. For spiritual support, he was accompanied by a pair of “scholars”. Their purpose isn’t entirely clear: they were masters of philosophy and geometry respectively, so their specialist fields would not appear to lend themselves particularly well to the situation at hand. Perhaps the very fact that they were well-educated was reason enough to assume, like Marcellus does of Horatio, that they were qualified to help deal with the supernatural: “Thou art a scholar; speak to it” (1.1.48).
More prominently, however, the priest also brought along a company of two hundred soldiers, “armed … fra top to ta”, guarding every exit against the possibility that the ghost may decide to “auenture” outside the building.
The stage was set for a bleak midwinter battle of epic proportions. The priest and his colleagues entered the building, they climbed the stairs, they stepped into the bedroom. The Gast was waiting for them.

Outside, soldiers waited in fear of a satanic attack, their weapons and armour clinking in the silence.

The end of the story is all rather disappointingly cheerful, from a narrative perspective. It turns out that all the ghost wanted to do was talk. And talk he did. He and the priest enjoyed an extended conversation (published accounts are very, very, very long) about purgatory, the work one must do to enter the Kingdom of Heaven, and – touchingly – how concerned Gy was for the state of his wife’s soul. The priest said some prayers, put in a good word for Gy with his clerical chums at the Vatican, and pencilled in another chat a bit later. By Easter, the Gast of Gy had ascended to Heaven and all was well.

Which is all lovely, if dull. Still, the story of Nice Guy Gy DOES give us the wonderful image of a priest, a philosopher, a chap waving a compass, and two hundred soldiers, all pointing their weapons at a talking bed.
There’s a life lesson in there somewhere. Probably.

View all posts by James Alsop 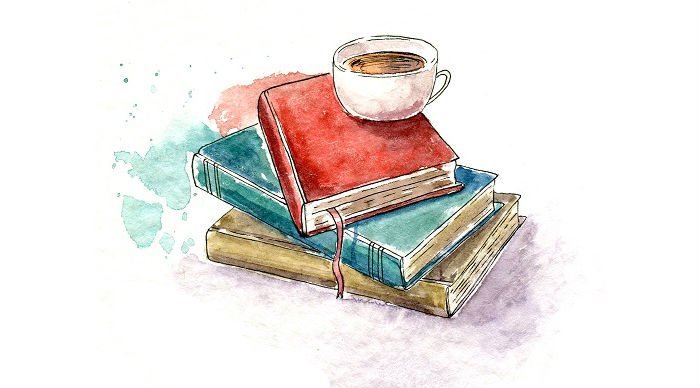 If you've enjoyed any of the posts on my site, please consider throwing some coffee money my way so that I can stay awake long enough to produce new content...! Any support is always greatly appreciated. :)